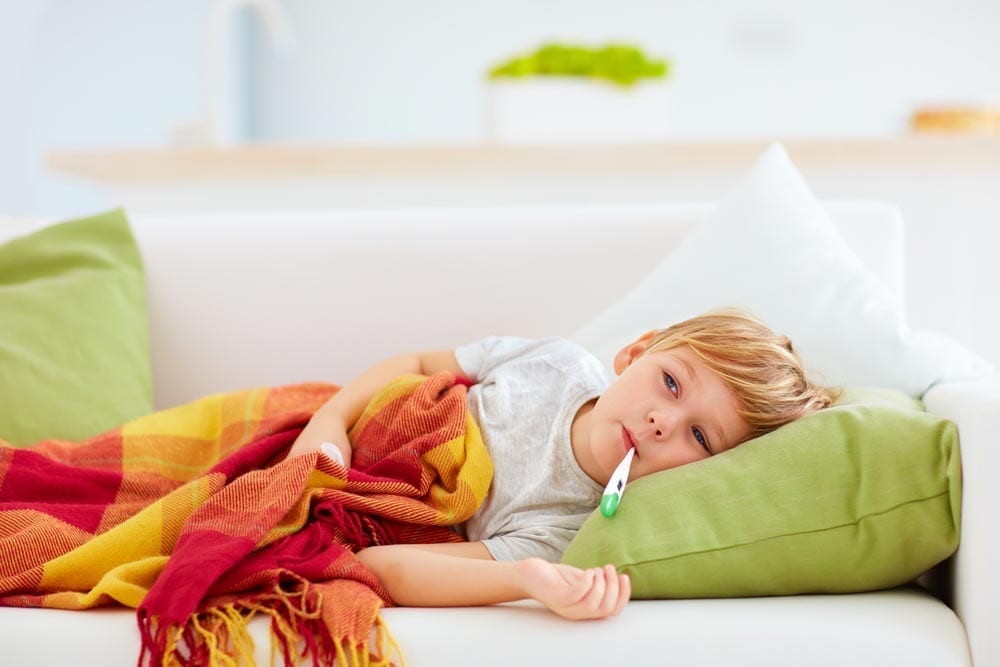 Fevers. What do you do when your child creates one? Many people are brought up to believe fevers are a sign of sickness rather than a signal of health.

A well known newspaper in New Zealand – The New Zealand Herald 1 – had an article heading last year which read “Don’t Use Paracetamol for Fever” when I read it I was celebrating. This is something I have been saying for decades, yes decades and those before me have been saying it for longer. A fever can be worrying too many parents, I hear that, and it is one of the most common reasons parents seek medical advice.

The New Zealand Herald article said “a respectful group [Wellington based Medical Research Institute] has recommended not using paracetamol and several other drugs to reduce flu-related fever, saying they may increase the risk of death.”  This is obviously in stark contrast to the World Health Organizations stance on fevers and also in contrast to the NZ Ministry of Health’s stance, which says, “Take drugs that relieve pain and fever e.g. paracetamol or ibuprofen…” Even The Lancet 2 one of the most respected and well known medical journals suggests fevers are rarely dangerous and if dangerous are usually a result of pre-existing neurological abnormality.

The Wellington based Medical Research Institute also said, “there is strong evidence the high temperature that can be caused by influenza helps the body to control the virus.” The Institutes programme director added “…we would say there’s no benefit of treating a fever with paracetamol and there’s potential harm in terms of making the illness worse or longer. So our recommendation would be not to treat a fever…”

Fevers are complex and extraordinary in and of themselves. They are instigated, when required, by the body to “mount” an immune to something the body has recognized as foreign…how masterful! The innate intelligence of the body, via the nerve system and a series of intricate feedback loops, slowly increases the body’s core temperature eventually reaching a peak (“boiling point”), so as to “sterilise” the environment. This promotes the growth of a child.

I have observed in my own children and those I adjust in the practice, that fevers are created more frequently in the 0-7 year age group than at any other age. At this age children are in their physical body and thus are undergoing the most physical growth; fevers play a role in this growth. It too is interesting to observe what happens post the “boiling point” of a fever. The part I look forward to is how they choose to instigate the growth in their life. In my three children I have noticed the following changes at different times: height, dexterity, co-ordination, speed, different foods, new words, move on from friends and bring new ones in, sleep patterns, independence and so forth. It is such a gift to be able to witness these changes.

Dr Andrew Adesman 3, a board certified medical doctor in pediatrics wrote in his book that fevers do not need to be treated with acetaminophen. And on the 28th February, 2011 The American Academy of Pediatrics 4 stated the following about fevers and “fever phobia”, “…fever is a physiological mechanism that has beneficial effects in fighting infection. Although many parents administer antipyretics (medications to reduce a fever) such as acetaminophen or ibuprofen to a child to reduce a fever, the report emphasizes that the primary goal should be to help the child feel more comfortable, rather than to maintain a “normal” temperature.”

In my book The Vital Truth: Accessing the Possibilities of Unlimited Health 5 I dedicate a whole chapter to your body and its magnificence so you can see the intricate and incredible intelligence that lives within. See Chapter 18: The Magnificent You.

I’d like to leave you with these reminders about fevers:

1) Ask yourself why has my child created this fever? What growth opportunity are they creating? If old enough, ask your child you will be amazed at the responses they share.

2) Remind yourself that a fever is an innate response.

3) View the fever as a signal that your child’s immune system is functioning properly.

4) Acetaminophen, paracetamol or ibuprofen defeats the innate intended purpose of a fever and in fact can be harmful.

5) Fevers are rarely dangerous. If dangerous however says an article in The Lancet 2 (vol. 372 August 9, 2008) it’s usually because of a pre-existing neurological abnormality.

A fever uses your child’s neurological pathways to “mount” its response to something that is foreign. It makes sense then to make sure there are no roadblocks along the pathway, which may prevent this “mounted” response from being instigated by your child’s body for growth and adaptation to their life. Prioritising regular adjustments for your child will certainly make a difference!

1.  www.nzherald.co.nz ‘Don’t Use Paracetamol for Fever’

3. BabyFacts: The Truth about Your Child’s Health from Newborn through Preschool by Dr Andrew Adesman, MD

5. The Vital Truth and the Health Illusion by Dr Sarah Farrant