To Sneeze, Blow or Plug your Nose 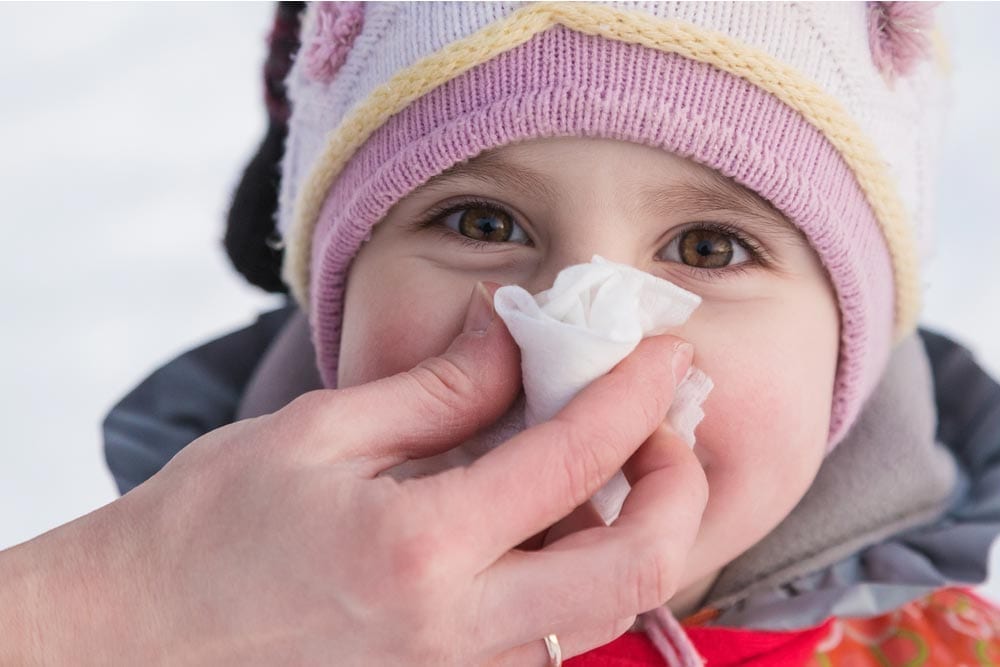 When you look at the body as an intelligent being you’ll see there are many patterns as to why people create opportunities to grow.

For example, when growing up I was told to wear shoes and rug up when going outside in the cold or I would likely ‘catch’ a cold. As a little girl I’d wonder how Nature would wave a magic wand over me and direct me to have a cold. To this day that ‘theory’ has never made sense to me! Instead, I prefer to look at the body and its innate wisdom to find the patterns we humans tend to live by.

I’ve tested the theory that winter will ‘make you ill’ for my children. I’m a proponent of self governance, allowing my children to learn that they regulate their own body. Part of that self governance includes clothing choice … they’re free to choose what they wear. And each of my three children prefer to wear little in the way of clothing.

Our eldest seems to gravitate towards shoes, pants, jackets in other words it would appear he would dress how we as adults would dress… on occasion. Our youngest is the same. However our middle boy completely beats a different drum. Rarely does he wear what one would call ‘appropriate clothing’ — consistently seen in bare feet, shorts, t-shirt and no jacket. The most common question asked of him is ‘aren’t you cold?’ No! is his reply. He usually jumps in the car after being asked the question and says ‘why do people keep asking me that Mum? If I was cold I’d have a jumper on!’ ‘Well,’ I said,’It’s because people believe that if you are not dressed appropriately then the cold weather and the bare feet will make you cold and give you a cold!’

The body’s rhythms change with the seasons.

There is no cold to be caught. We cannot catch things. There are no germs floating around (see blog post ‘Yuck! Wash Your Hands!’) and the weather doesn’t have a magic wand waving to ‘give you’ a cough and the flu. During the summer season there is less of an opportunity to have a growth experience and create a health expression. Why? Well we are in the sun, in the sea, at the beach, on the warm sand, and running around have a great time outdoors. The energy created in the body is expelled through physical activity and eating. There is little else left over.

During the winter months we remain more inside, there is less sun shining and we tend to be more sedentary. During this time the body utilises this potential energy stored within as kinetic energy to be utilised for growth. Have you noticed there is more growth occurring in the form of colds, coughs and flu in winter than at any other time of the year? Yes? Well this is because of our ability to acknowledge the abundance of energy within and we get to choose to place it into our growth — physically, chemically and emotionally.

All of our family, including my husband and I, have grown the most over the winter months and I don’t believe that is by coincidence. Rather, I see a co-in-ci-dence with the seasons of the year and the amount of stored potential energy inside that can be readily utilised by the body for growth.

The growth we choose is expressed in a combination of three ways 1) physical 2) chemical and 3) emotional; all as important as each other. This growth is usually created via the nerve system and the immune system in tight communication with each other. I once received a valuable piece of information from one of my very wise philosophy teachers. His name was Dr Fred Barge DC and he taught me the difference between a sneeze and blowing the nose.

A sneeze is innate to the body… it knows when to do it, how many times to do it and at what speed to do it. A sneeze assists the body to get whatever is in out in the fastest way possible. As such, a sneeze creates a force of air moving nearly 160km/hr (100mph). Blowing our nose, on the other hand, moves the air at around 64km/hr (40mph). The big deal here is the difference at which it is innately blown versus the manual self blowing. The speed at which the body does it assists with dispelling the internal contents and we know there is completeness to this task because I am sure you know what it feels like to have a good sneeze!

However, when we go to blow our own nose the speed is so much slower and is counter-intuitive to how we innately do it. Have you ever seen a child naturally go to blow their nose? It is actually a learnt behaviour. You’ll see mum or dad holding up a tissue to the nose and then say ‘1,2,3 blow…’ and the child attempts to blow. The decreased speed actually sends the unwanted material back towards what is called the nasal concha (or turbinates). Our body is than dealing with the unwanted material in this area as well.

Dr Barge told me by all means you must sneeze when the body wants to. He added however that rather than blowing your nose when you get the urge, get a tissue and wipe your nose area if it is dripping. Than get a clean tissue and twirl it so it can fit up your nose. After three days the material will have decreased in production and your body would have had the ability to build immunity.

I have done this many times and those I have shared this with have also attested to it working. Give it ago!