Teach Your Child To Read The Ingredients! 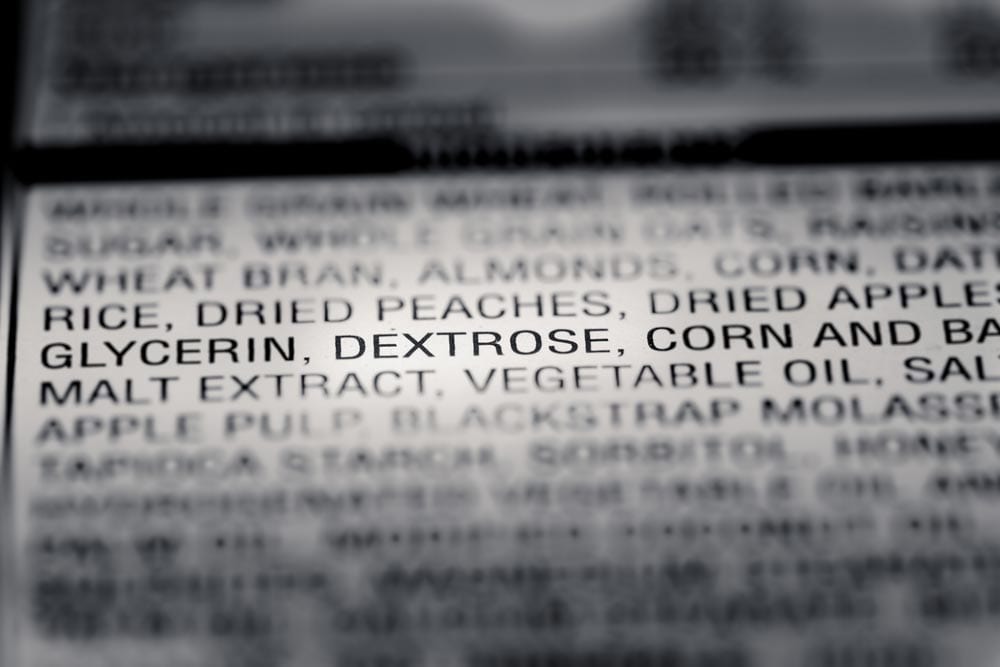 At times I feel like a giant ogre with my kids as I harp on about food and making wise choices. I am sure as a parent you have felt this at times too. I unapologetically say “No!” in front of people now if I feel the food offered is not appropriate. I’m no longer concerned what other parents may think of my song and dance about what our kids can and cannot have. I make sure our kids go to places with food so something is available for them if they decide within themselves to make a wise choice not to eat what is offered to them. They know we eat organic food and that we approach health differently to the majority of their friends. They too are comfortable with saying to people “no thank you.”

As I was registering our boys for this year’s Rugby season I was under no illusion that companies are happy to sponsor kids activities – Kellogs, Nestle etc – and provide “snacks” when they go to register. What I didn’t expect to see in the goodie bag was a chart titled “Key Foods For A Rugby Players Pantry” listing foods “appropriate” for kids and adults alike. My mouth dropped when I read it so much so that I took a photo to show you what they were recommending!

Next up is trim milk powder and low fat biscuits! Gosh where do I start with this? We seem to be obsessed as a society with consuming no fat. My motto for our family is if you are going to eat something then consume it as close to it’s original form as possible, this includes eating the fat contained within a food. I feel the danger comes when we begin to pull apart food, extracting the “fat” and then attempt to “put it back together.” The biggest health by-in by societies across the globe in the 80’s, 90’s and 00’s was the need for less fat and today we are one of the fattest populations on earth. Clearly that practice didn’t work! Fat is required and I urge you to be leary of “low fat,” “trimmed” “foods.” Again read the ingredients and look at the marketing of the packet. If it says “low” anything or has a “tick of approval” put it back on the shelf and run to the perimeter of your local supermarket where you can continue to shop. Least processed ingredients are kept on the perimeter of the stores whilst all processed foods are contained in the middle where no refrigeration is required! Umm…

Last one I want to draw your attention to is Milo. Our kids each had a 200g can of Milo in their “goodie” bag. When we arrived home I asked them to each get their cans out of their goodie bag. We sat on the couch and went through the ingredients – milk solids, vegetable oil, maltodextrin, flavour and soy lecithin just some of the ingredients. They asked the question “mum, why do people say it’s okay to have a little if you don’t have it all the time?” It was a beautiful question and one I took a while to answer during which I shared this quote with them…

“It is the inability to see the effects of chronic, low-level toxicities on human health that has been, and remains, our greatest failing as intelligent beings.”

In other words I shared how the “toxic little times” add up over time affecting the nerve system and our ability to express health to our highest level. We then create a health situation, e.g. dis-ease and at times disease that challenges us to wake up and change the way we do life. Some of you right now might be thinking “she’s taking it too far.” My response is it’s actually not about the Milo it’s about the opportunity to educate. If I’m presented with an opportunity to educate my children on health, in this situation ingredients, packaging and marketing then I will jump at the opportunity to share the wisdom in seeing what most don’t. The kids understood the “lesson” and by the end of the conversation and openness in sharing they happily threw the cans of Milo away settling instead for a beautiful homemade organic hot chocolate with oat milk, all made from scratch!