Salt and your Nerve System 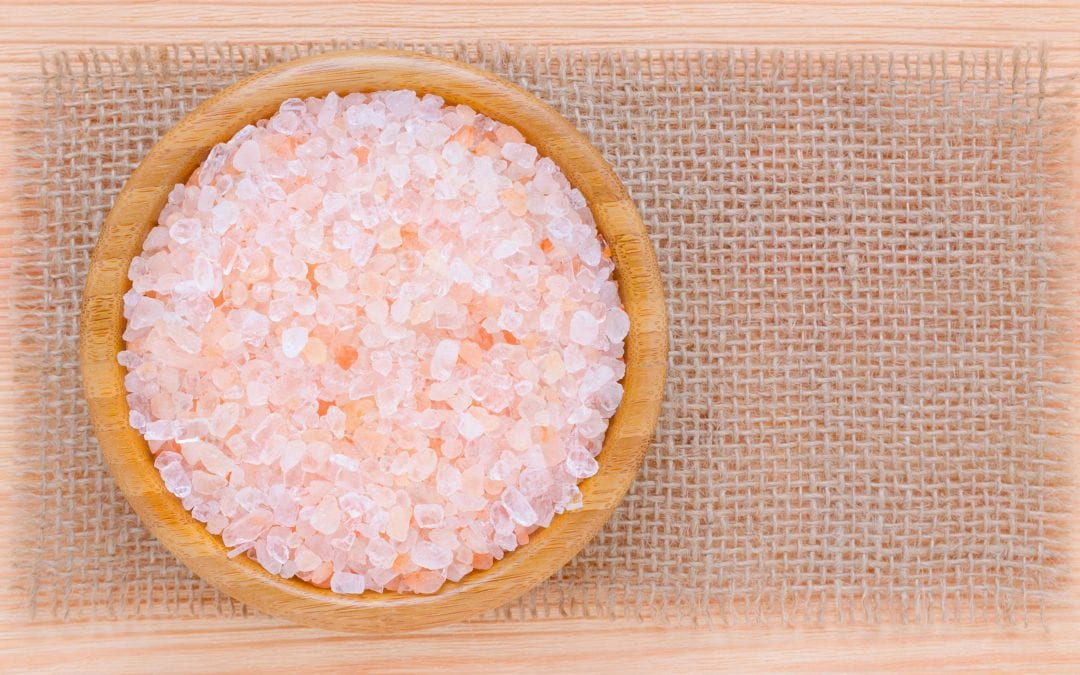 In our house we LOVE salt, in fact we are salt junkies, we have it on almost everything we eat! However, if there were a top-10 list of minerals that have gotten a bad rap, sodium would be close to the top of that list. There are numerous reports and articles that malign this mineral to the point that people try desperately to rid it completely from their diet which is a dangerous action to take.

Your body requires a certain amount of sodium to live and it’s most important function is to balance the amount of water that exists within and outside our cells. Some signs and symptoms of sodium deficiency include heart palpitations, dehydration, low blood pressure, muscle cramps, and low libido. All actions that are regulated and coordinated via close communication between your homeostatic mechanism and your nerve system. Plain and simple, you need sodium. So why are there so many reports about the dangers of salt? Well that’s because not all salt is equal!

Some common choices are:

Like many minerals, table salt (sodium chloride) has been refined with chemicals and has lost its natural healing properties. Actually, sodium chloride is the result of natural salt crystal being washed and chemically treated. The salt crystal contains nearly 100 elements but the refinement process results in just two elements: sodium and chloride remaining. Sodium chloride is what we refer to as table salt. Sodium is beneficial to the human body, but only when combined with potassium, calcium, magnesium, and many other elements. In other words, the closer it is to its original form the better the benefits. Manufacturers also add other chemicals like aluminosilicate, magnesium carbonate, ammonium citrate, or sodium ferrocyanide to the table salt to prevent caking. Other additives can be iodide, fluoride, dextrose, potassium iodide, MSG and aluminium derivatives. Because of the refining and additive process this salt is not a wise choice to have in your pantry!

Sea salt is produced through evaporation of ocean water or water from saltwater lakes, usually with less processing than table salt. Salt extracted from the sea beds undergoes processing to extract the minerals and leave only sodium chloride. Depending on the water source, this leaves behind very little trace minerals but also undesirable ingredients. In a study, published in the Journal of Environmental Science and Technology (1), 36 of the 39 different salt brands were found to contain microplastics in their salt – sea salt or rock salt. The countries that were not doing this were Taiwan (refined sea salt), China (refined rock salt) and France (unrefined sea salt). Most of it was occurring in Asia and Indonesia two areas where there is known plastic pollution problems.

Himalayan Salt is freer from environmental toxins. It is harvested from the salt mines in the Himalayan mountains of Pakistan. The salt from this region was formed over 200 million years ago when the region was dried naturally by the suns heat. The pink colour of the Himalayan salt is indicative of the rich mineral content. However, due to the poor diet of many and current farming practices our food tends to be low in iodine and other trace minerals. That is why our family adds dulse flakes or wakame flakes to our salt and the kids love it too. I’m also a stickler for carrying my own salt where ever I go and I am never embarrassed to pull it out at a restaurant or café!

So, what is Dulse and Wakame?

Dulse is a red alga found in the ocean and known for containing vitamins and minerals and all the trace elements that we need to survive as well as being an excellent source of protein for vegetarians or vegans. It can be used as a flavour enhancer as well as a stand-alone snack food. You may even want to put a few strips of it on your favourite sandwich to boost the nutritional content.

Wakame is an edible sweet flavoured brown algae (seaweed) is indigenous to the north west Pacific Ocean and cold temperate coastal regions of Asia as well as the South Island of New Zealand and has been harvested for over a 1000 years as a cultural food in Japan and Korea. It is a great source of the minerals magnesium, iodine, calcium, folate and iron as well as vitamins A, B2, C, D and K. This tasty gift from the ocean rehydrates quickly when placed back in liquid and is a favourite of ours in soups, broths and stir-frys!

How much salt is enough?

This is where listening to your body is important. Salt requirements are very individual so you must listen to your taste buds. If you do not have a balanced diet and feel like you have a sluggish metabolism and a less than optimal thyroid and adrenal function than salt might be your best friend. And the best way to get more is to add it to your cooking and baking. What we like to do each morning is have an eigth of a teaspoon with 500mls of water. If we have it neat then we place the salt under our tongue for a more rapid and sublingual absorption whilst slowly sipping the water and swallowing. We also on occasion add salt to our smoothies!

Salt and your nerve system

When salt is refined, processed and has things added to it it becomes toxic to your system; your nerve system. The salt consumed then does not work in the way our body requires salt. Rather the salt promotes fluid retention which then affects blood pressure and circulation creating a domino effect within the body. “Salt via your nerve system helps the body balance its water content and plays a critical role in regulating blood pressure and cellular function throughout the body.” (2)

Your nerve system requires water to conduct electrical impulses and messages around the body and sodium plays a large role in that regulation. Your nerve system is your master communicating system coordinating all your messages between your brain and your body and your body back to your brain. The messages themselves are in fact travelling over nerve fibers…but through water, for a visual think of spaghetti floating in water. Your nerve system is housed in a body full of water for the purpose of speed of conduction. Speed of conduction for sending and receiving various messages however you need sodium to regulate the water inside of and outside of the cells. Your sodium intake and your nerve system have a symbiotic relationship that is worth nurturing with good salt!

GOOD TO SHARE? You’re welcome to reprint this article when it is properly attributed to Drs Randall & Sarah Farrant with a link to Vital-Wellbeing.com and includes the following: Since 1990 Drs Randall & Sarah Farrant have been global mentors to thousands of individuals, families, health professionals, celebrities and sporting personalities. They have facilitated and inspired people to live a vitalistic life.