Is Life Like The Truman Show? The Normalising Gaze 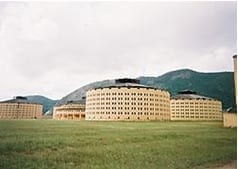 I was first introduced to the normalising gaze when I was very young, I just didn’t know it. As I progressed through life I continued to be unaware that it existed… until now. I was on a tram recently in Melbourne, Australia, my home town. As I sat I noticed a community newspaper close by, so I picked it up and started to comb through the pages. I immediately grabbed my small pad and pen from my handbag and wrote down this powerful quote.

“Cultures are like a panopticon. You feel you must behave according to cultural expectations. Have you ever wondered if big brother is looking at you all the time? Well he or she is. It is called the “normalizing gaze” where your behavior is subject to the scrutiny of something you cannot actually see”

It was the last sentence that fascinated me.

For me the words normalizing gaze and panopticon are new. I hadn’t heard of either of these terms before this encounter with the community newspaper on the tram. If I did hear them in the past the words certainly went over my head without stopping to seek understanding. So I immediately set about researching panopticon and the normalizing gaze.

Off I went to my etymology dictionary, I wanted to see the beak down of panopticon to see how it is relevant today within health and other areas – media, advertising, schools, libraries, health, prisons and so forth. I found that panopticon dates back to 1768 and it’s defined in the following way pan Greek for “all, every, whole, all-inclusive” and opticon Greek (optikon) for “of or for sight.”

A panopticon believe it or not is actually a type of institutional building designed for prisons in the late 1700’s by the English philosopher and social theorist Jeremy Bentham.  The concept of the design is to allow a watchman to observe (-opticon) all (pan-) inmates of an institution without them being able to tell whether they are being watched or not1. The design consists of a circular structure with an “inspection house” at its centre (see image above Military Prison Isla de la Juventud – Cuba, built in 1931), from which managers or staff of the institution are able to watch the inmates, who are stationed around the perimeter.

The panopticon prison did not come to fruition during Bentham’s time; however it has been seen as an important social development. It was Michel Foucault who further developed it’s understanding. In his book Discipline and Punish Foucault associated the panopticon approach with modern “disciplinary” societies and their pervasive inclination to observe and normalise. The Panopticon is an ideal architectural structure of modern disciplinary power. The Panopticon creates a consciousness of permanent visibility as a form of power, where no bars, chains, and heavy locks are necessary for domination any more.

Foucault proposes that not only prisons but all hierarchical structures like the army, schools, hospitals and factories have evolved through history to resemble Bentham’s Panopticon.

“panopticon is prevalent throughout society as it is the most effective way to control human behavior.”

Under permanent threat of being observed means you automatically behave according to the rules resembling the effectiveness of a “normalizing gaze.”

So where is the “normalizing gaze” and the social understanding of this panopticon – a mechanism of power – impacting our health choices and health approach?

The major premise of the panopticon is to induce a state of conscious and permanent visibility that assures the automatic functioning of power within the mind whether it is present or not that subtly then sees you, the individual toe the line.

The “health normalizing gaze” with its own associated panopticon I feel is present within health research, health choice, food labeling, medications, vaccinations, drugs, pharmaceutical companies, language and organisations attempting to provide informed education and so forth. I find it intriguing when faced with research, statistics and/or information that fly in the face of a belief system (aka societal norms) a common response is the “normalizing gaze”.  When shortfalls and misgivings are given, for example iatrogenic death (allopathic health “system” itself) being part of the top three killers of people in western society, this information is not seen under the health panopticon that maintains the health status quo; a person’s response… the normalizing gaze.

We examine ourselves in relation to the crowd and are pressured to conform to social norms usually defined and propagated by advertising and media. Those corporations that dominate the media will have the most influence on social norms and can manipulate them across space (geographically and culturally) and time (changing social trends) for their economic gain.

It is human nature to seek individuality, nonetheless media advertising (fashion, health) is able to capture the tastes and preferences of diverse groups and still entice them into purchasing a similar product or toeing a particular line.

Is life like The Truman Show? Are people watching you that you cannot see?