I had to have a Caesarian… 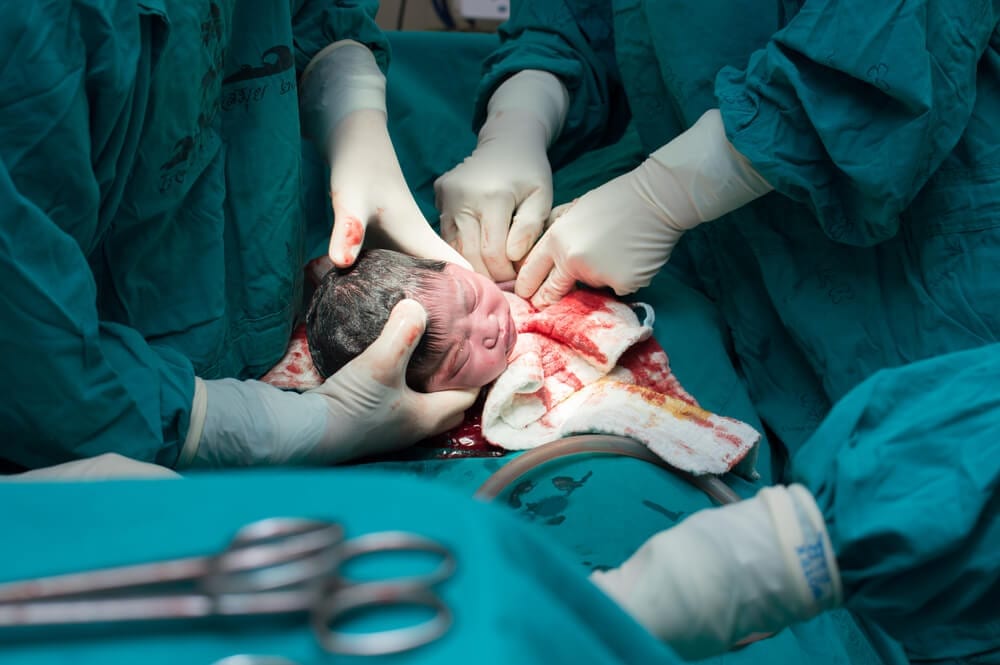 C-section rates are sky-rocketing and so too are the reasons people are being told to have a caesarean; major abdominal surgery.

I have heard everything from:

This last reason is intriguing as it is often used as one of the underlying factors for the rising rate of C-sections. In fact Dr Sherwood president of the Royal Australian and New Zealand College of Obstetricians and Gynaecologists attributed women having children late as one key factor for the rising caesarean section rates.

Wow… What are we actually telling our mothers-to-be?

I would like to make a quick disclaimer before you read on. My intention with this article is not to judge or question what a mother may or may not choose as her birth option but rather I want to raise these three questions:

I saw a segment recently on a current affair type program that was discussing these sky rocketing C-section rates. What was surprising and alarming was the inference that a large and growing number of women were choosing C-sections to “protect” their future pelvic floor integrity; that the desire not to laugh and pee at the same time was a major driver of making an informed decision. It was then that I heard the tag of… ‘Too posh to push!’ Is this truly where birthing practices are heading? Some statistics apparently support this logic. In Queensland, Australia C-sections account for a third of all births and overall the c-section rates have increased by 74% over the past 20 years. When dissected further we see that parents birthing in a private hospital are 48% more likely to end up with a “C” compared to 27.8% in the public system. Could the concept of ‘too posh to push’ be real? Even the WHO (World Health Organisation) states that C-sections should run at a rate of 10-15%!

Thankfully a survey conducted on 22,000 mothers by the University of Queensland’s Centre for Mothers and Babies (QCMB) found that being ‘too posh to push’ is a myth. They found most of the women having a “C” did so on the advice of their doctor, often without understanding the full ramifications of the surgery. Only 52 per cent of those who elected to have a c-section made the decision in an informed way so the survey revealed. Unfortunately this survey did not specifically outline reasons for having a C-section, nor did they fully clarify what an informed consent actually entailed, but to note that only 1 in 2 mothers felt informed is indeed a concern.

The Director of QCMB Sue Kruske, stated that “When it comes to caesarean sections, our research shows the increase seems to be largely driven by the recommendations of doctors, particularly in private hospitals.”

The question raised is… is everything as it may seem? Umm…

I acknowledge in having had three children of my own that there are many factors involved in birth: the state of mind (emotional), the structural balance of the body (physical) and the cellular and hormonal processes (chemical). So what if one or several of these factors go astray during the birth process? Collectively at Vital Wellbeing we refer to these as “the dystocia’s of birth”. In Greek Dystocia means dys “bad, abnormal” and tokos “birth”. Dystocia therefore means abnormal or difficult birth versus Eutocia which means normal birth or parturition.

We can have a multitude of physical, chemical and emotional dystocia’s that can influence the birth process. As we have said before at Vital Moms the three areas – physical, chemical and emotional act like a triangle. All three co-exist but one shall be the driver. It is plainly apparent that nearly all the reasons I hear for justifying a C-section are physical in nature, except maybe the desire to not pee when laughing, which is both a physical and an emotional issue.

So having said that, I want to go back and look again at the reasons I have been given by women for having a C-section and add of course our Vital wellbeing twist to each one:

This tends to imply that your body has got itself confused! The double whammy is you can create a baby, but you just cannot birth it. Women have shared with me that they feel they failed their child, failed at the birth and generally didn’t give their child a good start to life because they thought their body was faulty in some way. Here is a fact… you will NOT innately create a baby that you cannot birth! This is where the dystocia’s come into play. Telling a mother her pelvis is too small is disempowering which creates further dystocia’s (emotional / belief) in relation to the birth process.

This I encountered recently when a mother intending to have a VBAC homebirth started having contractions two weeks early and was warned by her midwife that there were dangers associated with this and that hospital was a likely option due to the baby potentially being too weak and underdeveloped. A phone call to Vital Moms had these parents back on track with what they innately new. It is amazing how we allow the outside to influence the inside. Mum and dad to their credit “blocked” the fears from family and friends and too shunned the concerns they were being told by various health professionals and stepped forward to make a fully informed and empowered decision for themselves. The outcome… a thriving seven pound healthy girl born at home who was simply born on her due date which was two weeks before a projected due date. Research presented just this week in the American Journal of Obstetrics and Gynaecology stated that vaginal births of preterm (defined as before 32 weeks) head down babies are just as “safe” as C-sections. The researchers concluded that more informed discussion is required with families facing early births!

I am not going to even comment on this one!

The thought of an exploding uterus is a scary one, but time and time again VBAC births (Vaginal Births After C-sections) are demonstrating that this scenario is not necessarily the case. The uterus contains smooth muscles; some of the strongest in the body. The function of which is to produce force and cause motion. The uterus is not a sack that is holding a baby! Let’s think about what this organ does for just a moment. It slowly stretches in accordance with the baby’s growth and towards the end of gestation it then decides to instigate its own gymnasium routine. It, your uterus, decides to begin warming up with Braxton hicks contractions in order to “prepare itself” for the big day. And these Braxton hicks’ contractions are not a conscious thought on our behalf they are instigated by the body to “prep” beginning as early as six weeks but more commonly felt towards the end of the second and third trimesters. Genius!

Having a C-section is major abdominal surgery and does not guarantee a safer birth process for either the mother or child. What, I feel needs to be shared with a mother who is choosing this route is the importance of automatisms also called primitive reflexes or primary reflexes. Automatisms are movement patterns which emerge during fetal life, are instigated by a vaginal birth and are critical for the survival of the newborn (e.g. the sucking reflex). Birth automatisms during the first six months are used by various health professionals to identify the neurological integrity of the newborn. As the nerve system develops, automatisms become integrated to the point where they are no longer required for survival. The presence of birth automatisms beyond one year is seen to interfere with subsequent neurological development and maybe indicative of future challenges. Automatisms are important triggers for future growth and development of the child post the birth. They can be less likely to be triggered and integrated with a Caesarean birth.

The implication here is you’re just too old, in fact at your age you shouldn’t be having children! Yet a whole lot can be said for having greater life experience and the difference that life experience has on the dystocia’s of birth. I feel women who are 36+ are being given false information. The various reasons they are being told to have a caesarian accumulate adding to the likelihood of a physically, chemically and emotionally challenged birth. Beliefs about what she can and cannot do are then wired together neurologically to become self prophesied. However, if you can create a pregnancy then you can birth a baby!

I feel what is important is there is not a lot of solid large scale evidence to support the various reasons given to women, as discussed here, as to why C-sections are recommended. I encourage you if you are a mother-to-be that you ask questions.