Are You In A Rush To Get Your Health Back? 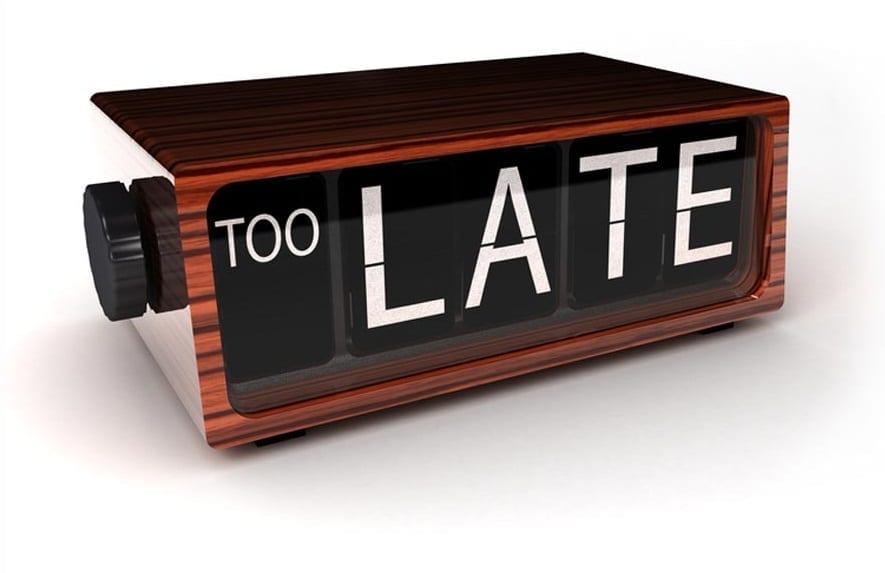 Every process we go through requires time. Whether it is the aging process, the birth of a child, job promotions, graduating, or learning new skills like walking, talking or riding a bike. Reaching new milestones and new levels in understanding takes time. I imagine we all agree with this so much so that we place a value on it. For instance, time is money and medals, every second counts, there’s no time to waste, if we don’t go now we won’t have time, if its not there in 30 minutes it’s free! People even get impatient in the drive-through for the “fast food”. Most people want instant gratification and immediate results, just like the instant microwave dinner that is “cooked” in one minute.

So many things take time. Cooking a turkey at Christmas takes three or four hours, pregnancy takes nine months and career achievements take time. Yet when it comes to our bodies we seem to be a lot less tolerant of the process of time. The innate time of your body is vastly different to the man-made time of “I want it done yesterday.”

Anything quick, artificial or that has an easy option to it will probably only give you short term results and may have an altered long-term effect on your body.

Let’s look at the nervous system.

When we have a sprained ankle, we generally stay off it. When we break our arm or leg, it is usually put in plaster and immobilized. Is it because the arms and legs are so imperative to daily activities that we notice it more when something is amiss? When plaster is applied to a fracture, the fracture is immobilized and you could be out of pain within days. Does that mean you can remove the plaster and start using the arm or leg again? Certainly not. The cast reminds us that we have time left in the healing process. A scab on the skin reminds us that the healing process is still taking place. But what is there to remind us that the nervous system is regaining its optimum health expression? Nothing. This is the risk we get into when we think that because there is no scab, pain or cast, and no symptoms, we must be “healthy” and healed.

It has been my observation that we tend to follow the recommendations outlined to us for healing when it is an extremity, such as the appendicular skeleton that is symptomatically expressing in some way and preventing us from undertaking certain activities. Yet we seem to easily compromise the central aspects of the body, the axial skeleton. In my observation small indicators of pain such as a niggle, headache, or a dull ache are ignored until we are unable to bear it any longer. We then reach for care outside of our self, often entertaining unrealistic expectations about the healing process. When we think in this way, we live in the allopathic paradigm where something from the outside supposedly takes care of the inside. We want change as soon as possible, however are usually unwilling to change any of our lives (physically, chemically or emotionally) in order to help the body to help itself in the healing it can do. People often want change at all costs, and they invariably want it rectified yesterday however it is not until later in life that the “quick fix” early in life is paid for.

When people come into the practice, one of the most important pieces of information I share with them is the initial tissue healing time of the body, which generally takes 6-8 weeks. Even though we may experience a reduction in their symptomatic expression, that doesn’t mean we are healed and healthy. All it means is that the symptoms are reduced and the body is now able to communicate with itself more clearly. The body is still on its journey to healing, but is not yet healed. However, what if we changed your emotional (thought) and chemical (toxin) realities as well and not just the physical (trauma)?

George was eight when he came into the office with his parents who were beside themselves, trying to work out how to alleviate the severe constipation their son had been experiencing for two-and-a-half weeks. They had tried all and sundry with little success. George described passing a stool as very painful. At this stage George was trying to hold on rather than experience the pain of attempting to go to the bathroom.

Upon receiving a series of physical adjustments, he started to change his internal environment and his body was able to coordinate the peristaltic movement to propel the fecal material through the intestinal system. The adjustments changed his life. No longer was he straining to pass a stool nor having the feeling of being bound up. An emotional technique used in the practice was also run to help the family deal with any emotional issues felt to be binding him up. George had recently changed schools and a new sibling had been introduced to the family. His parents found a huge relief when they were asked certain questions about his life to date. After the first adjustment, young George was able to pass a stool. His body, post-adjustment, was now coordinating a series of events in order to create greater states of health. The emotional issues brought to the surface were able to be integrated for the parents and you could see George’s body relax into a feeling of “somebody now knows what I have been experiencing.”

The chemical component was also discussed, which his parents were also dedicated to changing. George’s life had changed as a result of this interaction. On subsequent appointments to the office George found himself racing to the toilet before getting adjusted: his body knew how the adjustment would be received and his innate intelligence was allowing him to reach new states in his health expression at all levels.

Now, George and his parents could have decided after one successful trip to the bathroom that he no longer needed to work on this area of his health expression. Yet he and his parents realized that it takes time to readjust the internal system and, likewise, acknowledged they needed to invest time into this process.

This young man still receives chiropractic care today ― his family recognizes that the adjustment is NOT about alleviating symptoms from the body in order to “feel better” but rather allowing your life to be the best it can be in all areas. He’s now a 16-year-old budding sports professional, and upon completion of school wants to make a go of it on the professional circuit.

The emotional component of healing is an interesting process for a lot of people. Some people, although wishing to get well, actually find they benefit from where they are in their present situation. Making a decision between the supposed benefits they receive from their current situation, and the genuine benefit that comes with having each system in their body functioning at its optimum level is a challenge for them. Some want change but are too scared to embrace the new self to truly see what they may gain from the change. Most only see the loss.

All processes in life take time ― whether a flower is blossoming, the sun is rising, a storm is brewing, or tissue is healing. With time comes clarity and perspective ― at all levels: physical, chemical and emotional.

I appreciate that the power that made the body has the ability to heal the body. It simply… takes time.